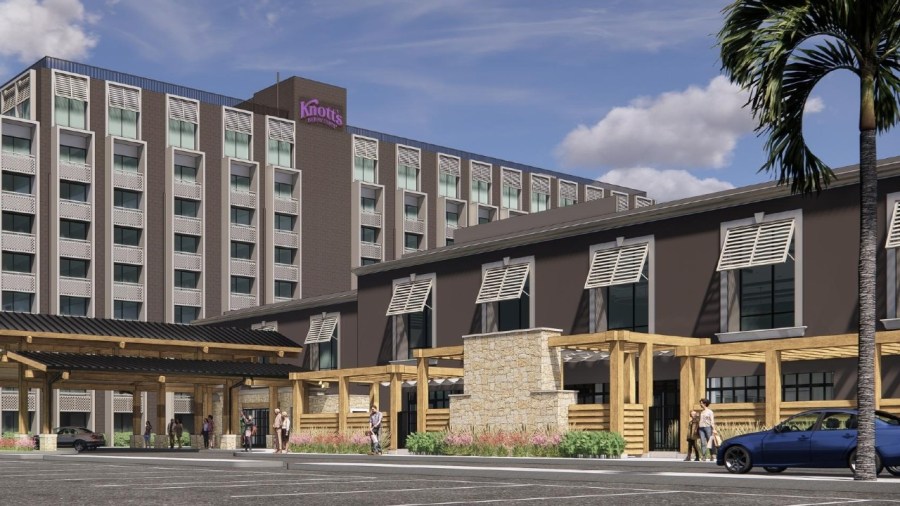 Old West fans will soon have a new place to take off their shoes as Knott’s Berry Farms prepares to begin a “country-chic” renovation of their hotel.

Knotts announced in a news release on Friday that a complete renovation of the 322-room hotel will begin later in 2022 and will continue until completion in 2023.

Current parkgoers looking for a spot after a day of fun need not worry, however, as Knott’s Berry Farm Hotel plans to keep it open during its renovation.

Knotts says the multi-million dollar project will be centered around the park’s founders, Walter and Cordelia Knott, in a way that “mixes farm comfort and family hospitality.”

All guest rooms will receive major upgrades in the first phase of the project, including newly updated family-sized rooms with “stylish country-chic interiors.”

Beginning in 2023, there are plans to replace all of the hotel’s public spaces, including the lobby, conference room, ballroom and restaurant.

The lobby will have a “rustic and warm texture” based on Walter Knott’s appreciation for the Old West.

Guests at the renovated restaurant will feel like they are “dining in modern farmhouse style,” the release said.

Hotel reservations can be made during renewal Knotts.com,