CNN and Fox provide some of the biggest news shows in media.

Considering how popular they are, you may wonder who owns the networks and who is getting a big slice of the monetary pie that it generates.

It’s also worth knowing who owns various networks to determine if there’s any particular bias that the network may have.

Who Owns CNN And Fox? 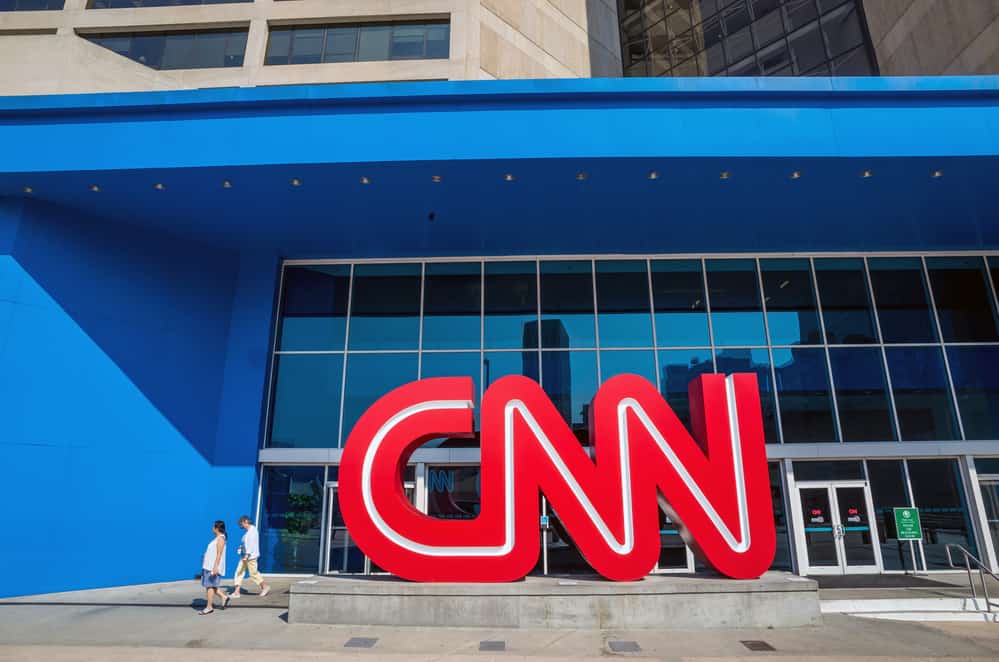 Although it isn’t as simple as that since AT&T is a parent company of Warner Bros.

Warner Bros. recently merged with Discovery after AT&T bought it.

It has now since become Warner Bros. Discovery.

Warner Bros. originally owned CNN, so you could say that CNN is now owned by Warner Brothers Discovery.

However, it’s better to stick with the parent company since AT&T owns several different other networks aside from Warner Bros.

CNN and its related networks, like CNN+, are thus all under the AT&T umbrella.

The CEO of AT&T is John Stankey.

Fox, on the other hand, is under the Fox Corporation umbrella.

The CEO of the Fox Corporation was Rupert Murdoch, but it is currently Lachlan Murdoch.

As such, you could say that Murdoch owns Fox and its related networks aside from those which are now owned by the Disney Corporation.

Is Fox Corporation Owned By Disney?

Because Disney bought quite a few of Fox’s businesses, you may wonder if Disney now owns Fox Corporation.

That isn’t quite the case.

It’s worth examining what happened to Fox before Disney came into the picture.

For a long time, 21st Century Fox was part of the News Corp.

News Corp was an expansive publishing and entertainment empire owned by the Murdoch family.

In 2013, News Corp. split and 21st Century Fox emerged from that split.

It encompassed most of the entertainment businesses from the previous media empire.

The publishing arm broke off and kept its name as News Corp.

It essentially just updated its name.

Disney focused on the entertainment studios and assets while allowing the news assets to break off and form its own, separate, corporation which became owned by someone else.

Disney, on the other hand, ended up owning 20th Century Fox, FX, National Geographic, Star, Fox Searchlight, and 30% of Hulu.

That branch still belongs to the Murdoch family.

Are CBS And Fox Owned By The Same Company?

No, CBS and Fox are not owned by the same company.

If you’re referring to Fox news, then it’s owned by the Fox Corp. and Murdoch family.

If you’re referring to 21st Century Fox or the entertainment arm of Fox, then it’s owned by Disney.

Since neither of the companies is Paramount Global, CBS and Fox have two different owners. 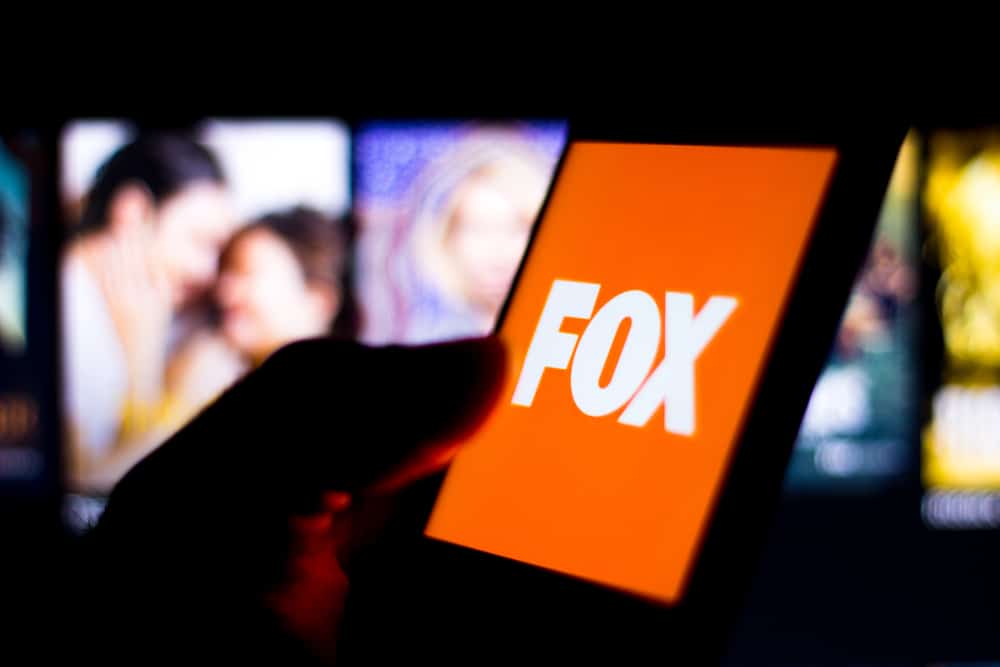 Murdoch has a 39% share in Fox Corporation which means he also owns Fox News.

In addition to Fox News, Murdoch has a controlling interest in News Corp. with a 39% share.

For example, it owns the New York Post, HarperCollins, and the Wall Street Journal.

As such, you could also say that Murdoch owns the New York Post, HarperCollins, and the Wall Street Journal.

Besides Murdoch, there are a few other entities with ownership of Fox. 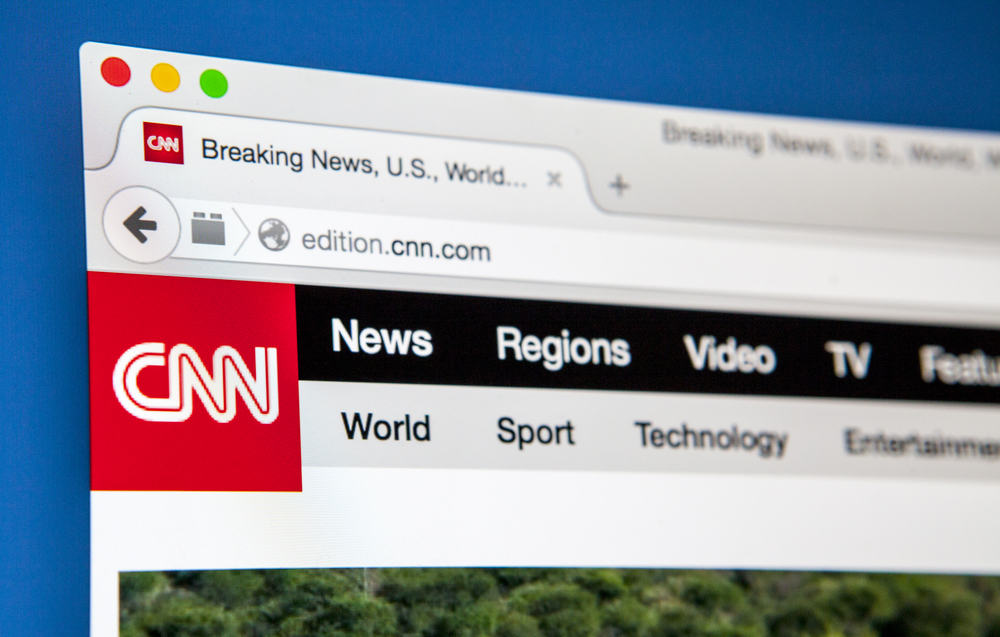 AT&T is the largest shareholder of CNN and Warner Media Discovery, so it’s technically the top owner of CNN.

Since AT&T is the largest shareholder of Warner Media, it also owns all of the other companies under Warner Media.

Some of the biggest shareholders are Randall L. Stephenson, John J. Stephens, and John T. Stankey.

In terms of organizations, the Vanguard Group has a controlling interest of 7.43%.

Finally, SSgA Funds Management has a 4.13% controlling interest in CNN.

ABC News is a part of the Disney Corporation.

One of the majority shareholders in ABC News is Robert Iger.

Iger is a Chairman of Disney and was the former CEO of both Disney and ABC.

Another majority holder is the Laurene Powell Jobs Trust.

Other majority shareholders include Christine McCarthy and Alan Braverman.

Brian L. Roberts is the CEO and Chairman of Comcast.

The Roberts family, not unlike the Murdoch family, has had a controlling interest in Comcast for years.

As such, you could say that the Roberts family owns NBC News and other businesses and corporations under the Comcast umbrella.

Some of those include Fandango, Hulu, Universal Pictures, and Telemundo.

Although the Roberts family owns the majority of Comcast, and thus NBC News, there are a few other entities that also have shares in it.

What Is The Largest Media Company In The World? 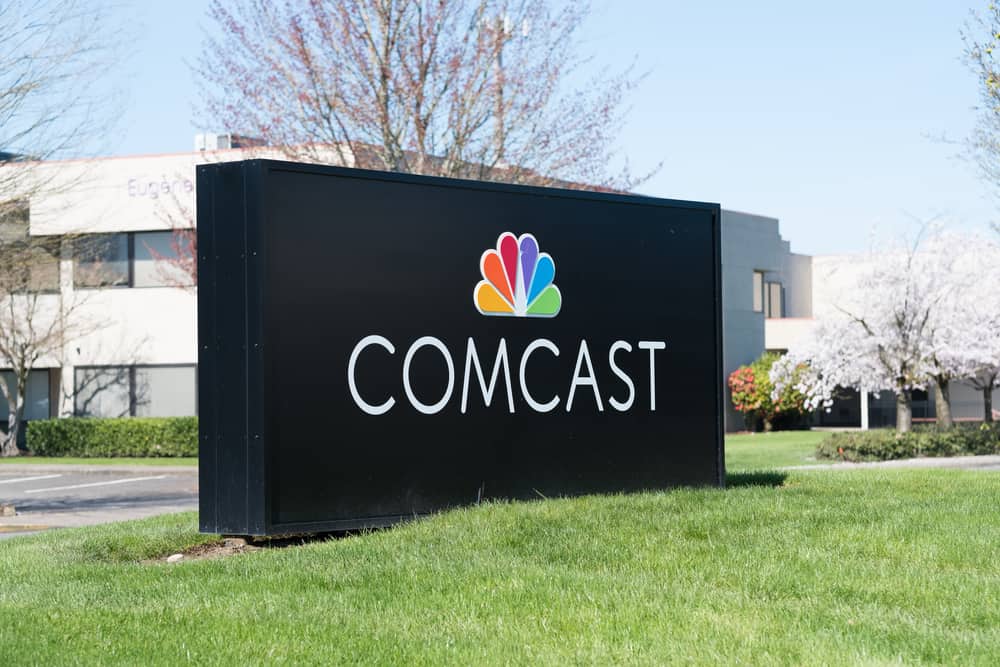 It’s obvious that while there are tons of different networks, there are only a few corporations that own them all.

That may make you wonder which is the largest media company in the world based on various factors.

In 2022, the largest media company in the world was Comcast.

It pulled ahead of the Walt Disney Corporation.

Clearly, Comcast had most of the larger numbers compared to Disney.

In third place is Charter.

Who Is Rupert Murdoch? 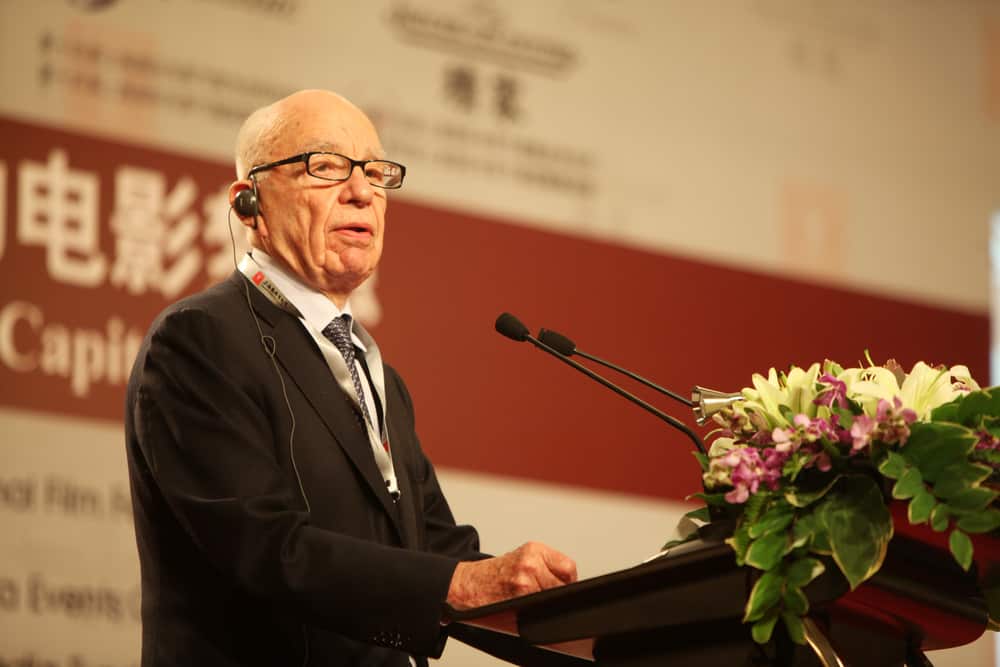 News Corp. would eventually split off and create several other publishing arms or buy out other companies.

Murdoch studied at Oxford and began his career by working with Lord Beaverbrook’s Daily Express.

It was a paper published in London that tended to feature sensationalist journalism.

As an editor, Murdoch found it appealing.

When his father died, Murdoch returned to Australia, where he was from, and brought that style of journalism into some of the papers that he had inherited from his father.

In particular, he inherited the Sunday Mail and The News.

He used this new style of journalism in The News and its popularity soared.

In particular, the paper focused on information about sex and scandal.

The population ate it up, and Murdoch was able to use the profits to buy other papers.

In 1969, Murdoch got his hands on his first British paper.

It was the News of the World.

By that point, he had found the perfect formula for selling newspapers.

He focused his journalism on crime, sex, scandal, and other human-focused stories.

He also focused on sports broadcasting and brought a conservative viewpoint in his editing.

The formula proved successful for News of the World and eventually allowed him to buy The Sun as well.

Eventually, he came to the United States and started buying up papers there, too.

He’d brought the same formula which would earn him a good profit before either keeping the paper or selling it for more profit.

Eventually, Murdoch decided to stay in the United States and become a citizen.

He became an official citizen in 1985.

When Did Rupert Murdoch Buy Fox? 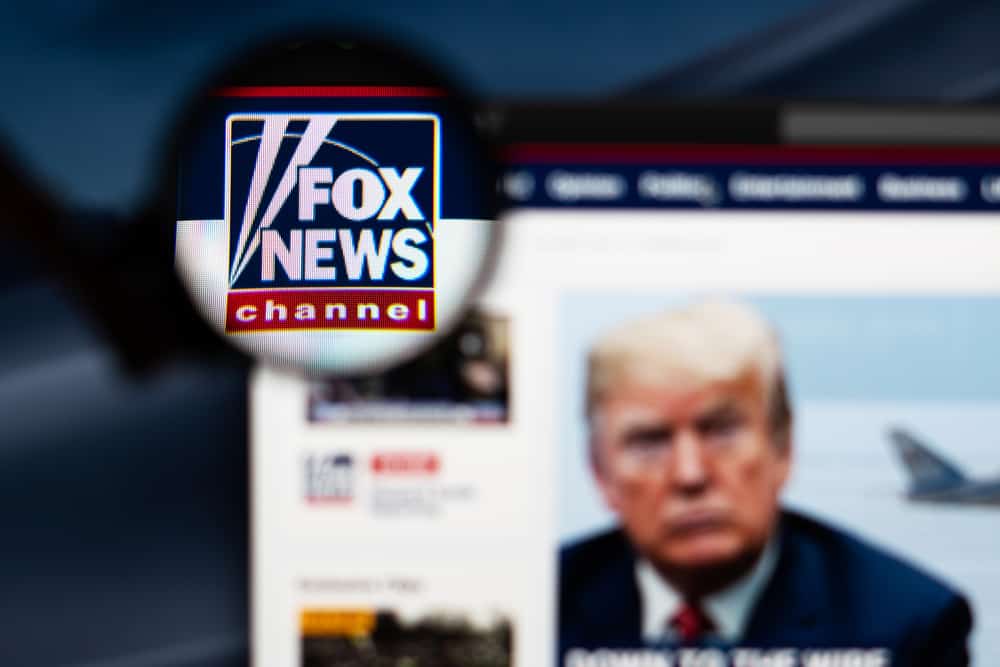 The company would later go on to become 20th Century Fox.

By that point, Rupert Murdoch had already dabbled in industries outside of newspapers.

He had a large number of holdings in radio, television, film, and record companies.

These holdings allowed him to amass the kind of wealth he needed to eventually acquire 20th Century Fox.

He also bought a few stations from Metromedia and combined them to create Fox, Inc.

The corporation would go on to rival other major networks like ABC, CBS, and NBC.

By that point, his corporation had merged with MCI Communications Corporation.

It specialized in long-distance telecommunications.

This gave him the network he needed to launch Fox News.

The new station launched and provided news and political commentary.

In 2017, Murdoch agreed to sell most of 21st Century Fox to Disney.

Fox News and a few other stations were not part of the deal.

They’d go on under the new Fox Corporation umbrella.

Although Rupert Murdoch is no longer the CEO of Fox Corporation, he remains a Chairman on its board.

James Murdoch, his son, served as CEO for a time.

Currently, Lachlan Murdoch is the CEO of Fox Corporation.

Did Fox Own Myspace?

Since Murdoch is also the owner of Fox Corporation, you could say that Myspace was once owned by Fox.

The acquisition occurred in 2005.

Intermix Media owned Myspace which was one of the first social networking sites on the internet.

However, the site started to lose membership following the emergence of Facebook.

Murdoch decided to sell Myspace in 2011.

It sold for $35 million which was lower than what he had bought it at originally.

What Companies Does Rupert Murdoch Own? 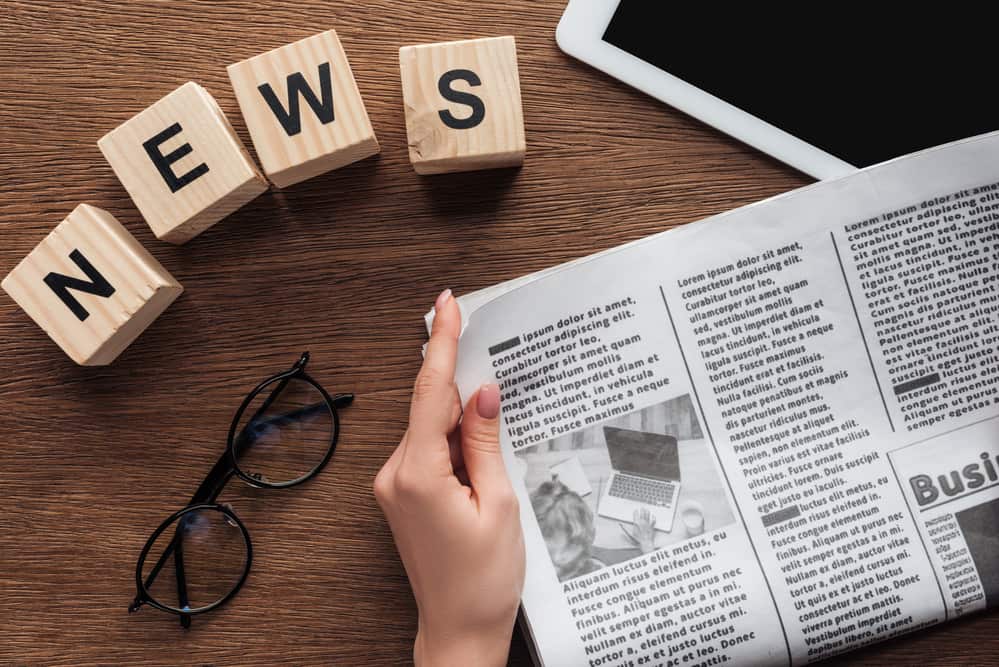 Considering the expansive network of different media platforms and companies that Murdoch owns, it can be difficult to keep track of them all.

Here are some of the companies that Rupert Murdoch, and the rest of the Murdoch family, own.

News Corp Australia has a few other networks underneath it.

It’s based in Australia, so you can expect it to show Australian news and sports.

In particular, it has Fox Sports Australia which covers both local and national Australian sports.

It also has Nickelodeon as one of its networks.

Paramount technically owns Nickelodeon, but they did a joint venture with News Corp Australia to bring it to Australia.

Considering that Murdoch is originally from Australia, it makes sense that he’d still have some holdings from his home country.

Australia may have been Murdoch’s home country, but it was in London that he really got his start in journalism.

As such, he has a few networks that run under the News UK branch of his corporation.

He even has a strong grip on radio and newspapers.

For radio, he owns talkSPORT and Virgin Radio.

Both are popular in the UK.

He also owns several newspapers and publications like The Sun, The Times, and The Sunday Times.

Harper Collins is another popular publication that has several publications under it.

Murdoch owns them all.

Some of them include 4th Estate, Collins, Harper Voyager, Harper Perennial, Ecco Press, and Harlequin Enterprises.

Fox Corporation has tons of different networks and shows under its banner.

Some are strictly US-based while others have variants in other countries.

One of its top earners is Fox News.

However, it has a few other networks like Fox Sports, Fox Network, and Fox Television Stations.

Although it tends to focus on news, the Fox Corporation also has various entertainment shows. 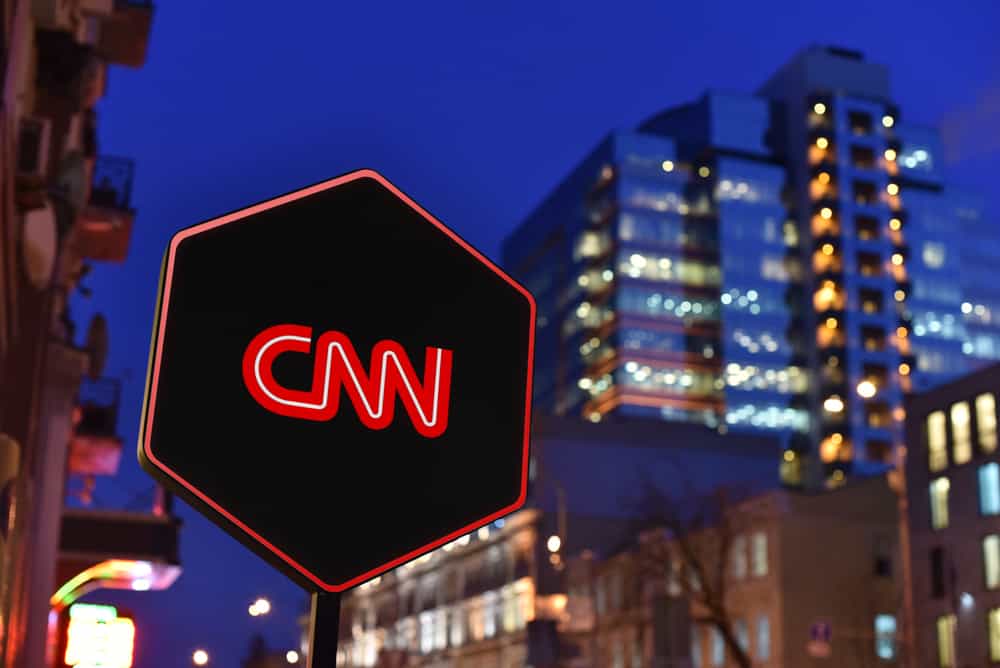 CNN is famous for being the first network that featured news 24/7.

The founder of CNN was Ted Turner.

It became part of the Turner Broadcasting System.

Turner wanted to start CNN because other industry experts told him it wasn’t possible to start a network that only featured the news.

They didn’t see it as something that would last.

Turner started the network in 1980, and it has been going strong ever since.

The first show that aired was a husband-and-wife anchor team.

They were Dave Walker and Lois Hart.

The news station struggled at first.

It didn’t have some of the larger financial resources that other networks had access to.

As such, they had to stick to the service they were providing and hope that people tuned in.

CNN specialized in staying longer on certain events than other news networks.

Local news, for example, tended to rush through the day’s headlines since they only had an hour or half-hour slot to do so.

CNN stuck with stories as they developed to ensure its viewers were able to gain a full understanding of what was going on.

One of the news events that CNN made its mark on was the Persian Gulf War.

It featured stories from both sides and gave viewers a sit-in on the war as it happened before their very eyes.

CNN was eventually bought out by Warner Media Discovery.