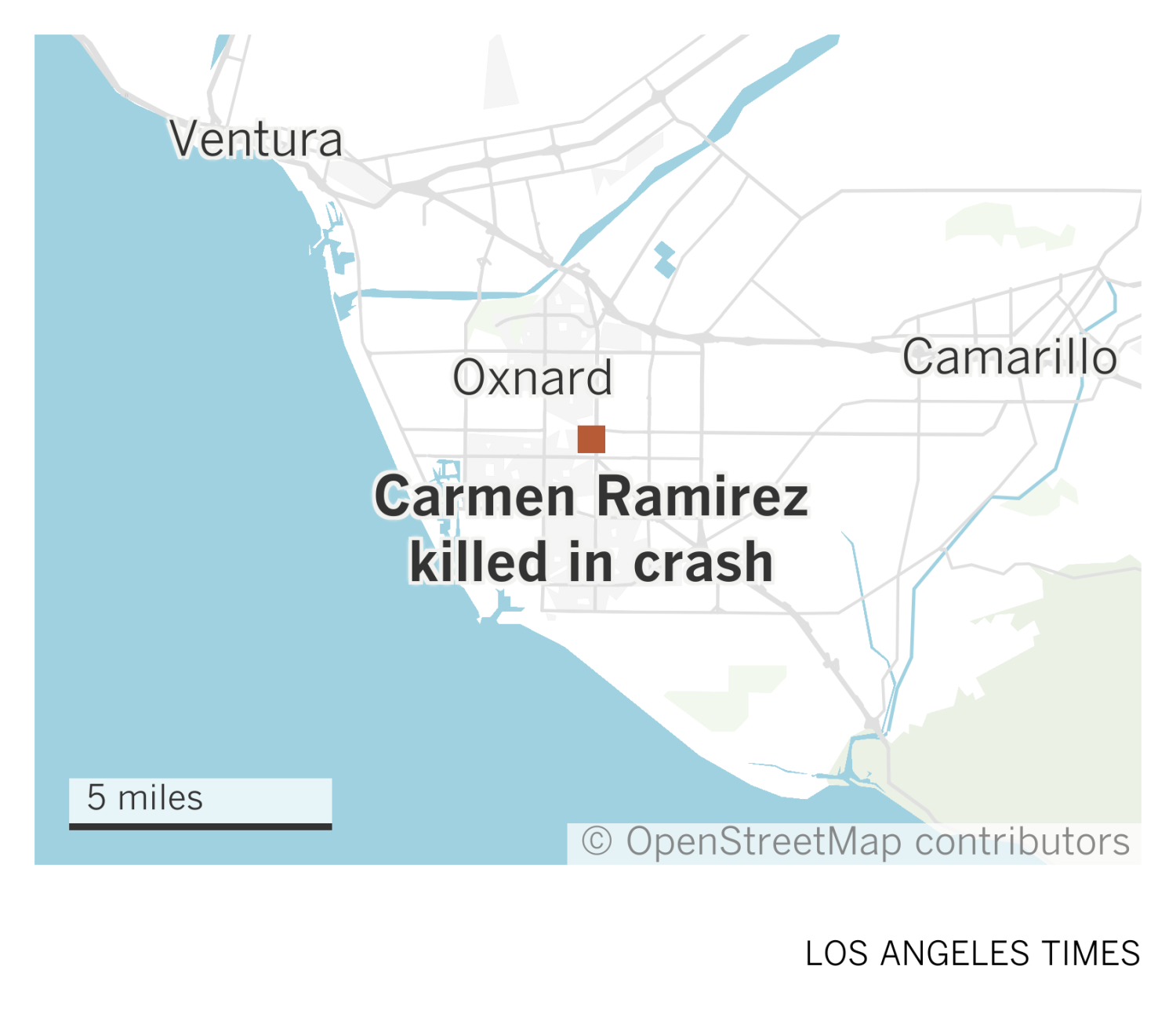 Ventura County Supervisor Carmen Ramirez was hit and killed by an SUV while walking in a crosswalk in Oxnard on Friday evening, according to officials.

The accident happened at West 7th Street and South A Street at around 6:40 pm, the Oxnard Police Department confirmed late Friday.

Investigators found that a pedestrian, later identified as 73-year-old Ramirez, was walking in a crosswalk at the intersection when he was struck by a 2020 GMC Sierra 2500 driven by a 38-year-old Oxnard resident.

Police said Ramirez was taken to hospital where he was pronounced dead.

Police said the driver remained at the scene and cooperated with investigators. The administration did not identify him on Friday night.

After a preliminary investigation, officials determined that the GMC was heading west towards A Street on the 7th, police said.

Ramirez previously served as a member of the Oxnard City Council.

Officers were present at the spot late Friday night and continued the investigation.

Anyone with information about the accident is asked to contact CPL. Andrew Pinkstaff at (805) 385-7750 or [email protected]