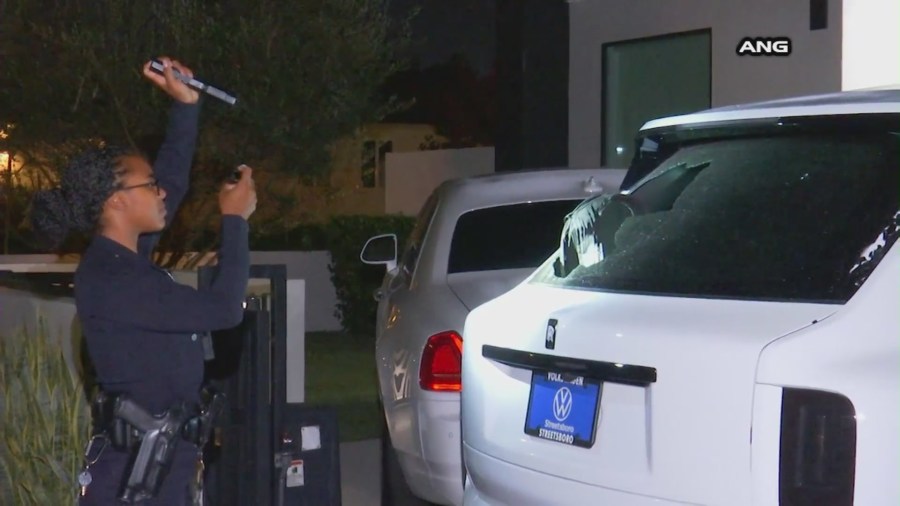 Police were called to the Mid City neighborhood when a suspected burglar broke into the rear window of a Rolls-Royce SUV that had been parked in front of a house overnight.

The incident happened around 2 a.m. Thursday in the 1800 block of Stearns Drive.

The video shows that the rear glass of the Rolls-Royce Cullinan was broken in this incident.

A resident apparently went outside and clashed with the suspect after hearing the vehicle alarm and barking dogs.

The resident said the thief headed to La Cienega Boulevard.

It was not clear what items may have been taken from the SUV.

About 12 hours ago, a violent home invasion robbery took place in Beverly Grove a little more than 2 miles away.

In that incident, the intruder thrashed a 71-year-old woman with a pistol before fleeing with the expensive jewellery.

The woman’s injuries were not life-threatening.

No suspicious details were available in any of the incidents.