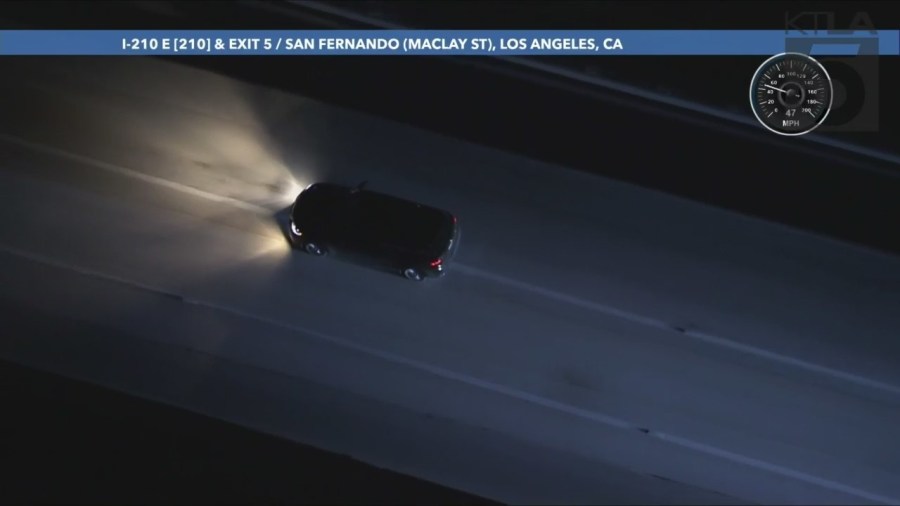 California Highway Patrol officers and law enforcement throughout Los Angeles chased a stolen car for more than an hour in the San Fernando Valley on Friday night and eventually took it into custody.

The chase began shortly after 9 p.m. at Sherman Oaks.

Police followed the driver on the 101 freeway, on surface roads in North Hollywood and Burbank, the 5 freeway, the 210 freeway, and everywhere in between.

At one point, the suspect allegedly jumped out of the stolen car and tried to steal another vehicle, but it was locked. At the same time, the suspected stolen car rolled past the second car targeted by the driver, at which point the suspect jumped back into the first sedan and fled.

The chase eventually ended near the 210 freeway, when the suspect watched as Spike strips.

He is suspected to have jumped from his vehicle, tossed a bag on its side and ran a few feet before surrendering to the police.

He was handcuffed and taken into custody without further incident. His identity was not released.