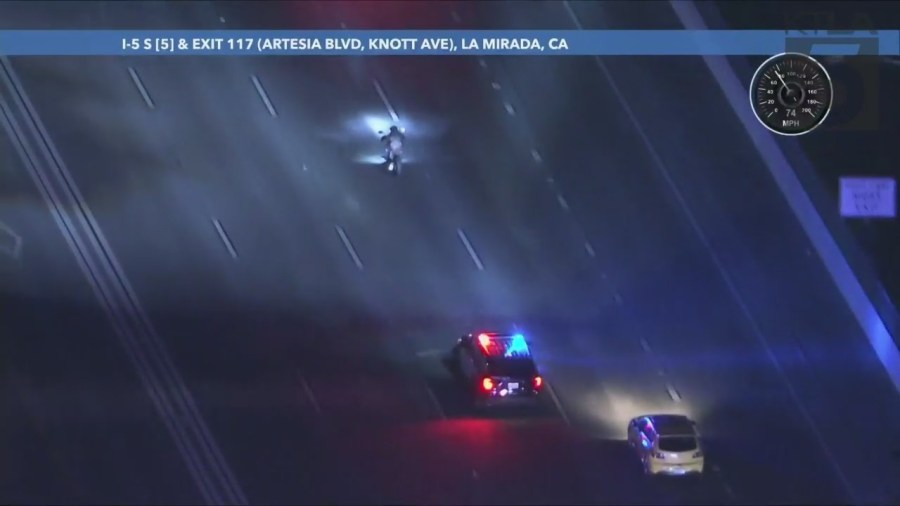 Officers followed a motorcyclist in a dangerous chase in Orange County on Friday night, bringing bicycles – and at times, police vehicles – to within inches of cars on the streets.

Motorcycle riders sometimes hit 100 mph as they traveled south on the 5 Freeway to Anaheim and then to Garden Grove.

After several exits and re-entries on the 5 freeway, the motorcyclist took to the streets in Garden Grove for the final part of a nearly half-hour long search.

After several close calls with cars on the road, including vehicles that split on surface roads, the motorcyclist eventually took off in Garden Grove and tried to escape, but police were quick to apprehend the cyclist.

There is no word yet on what the motorcyclist was looking for.