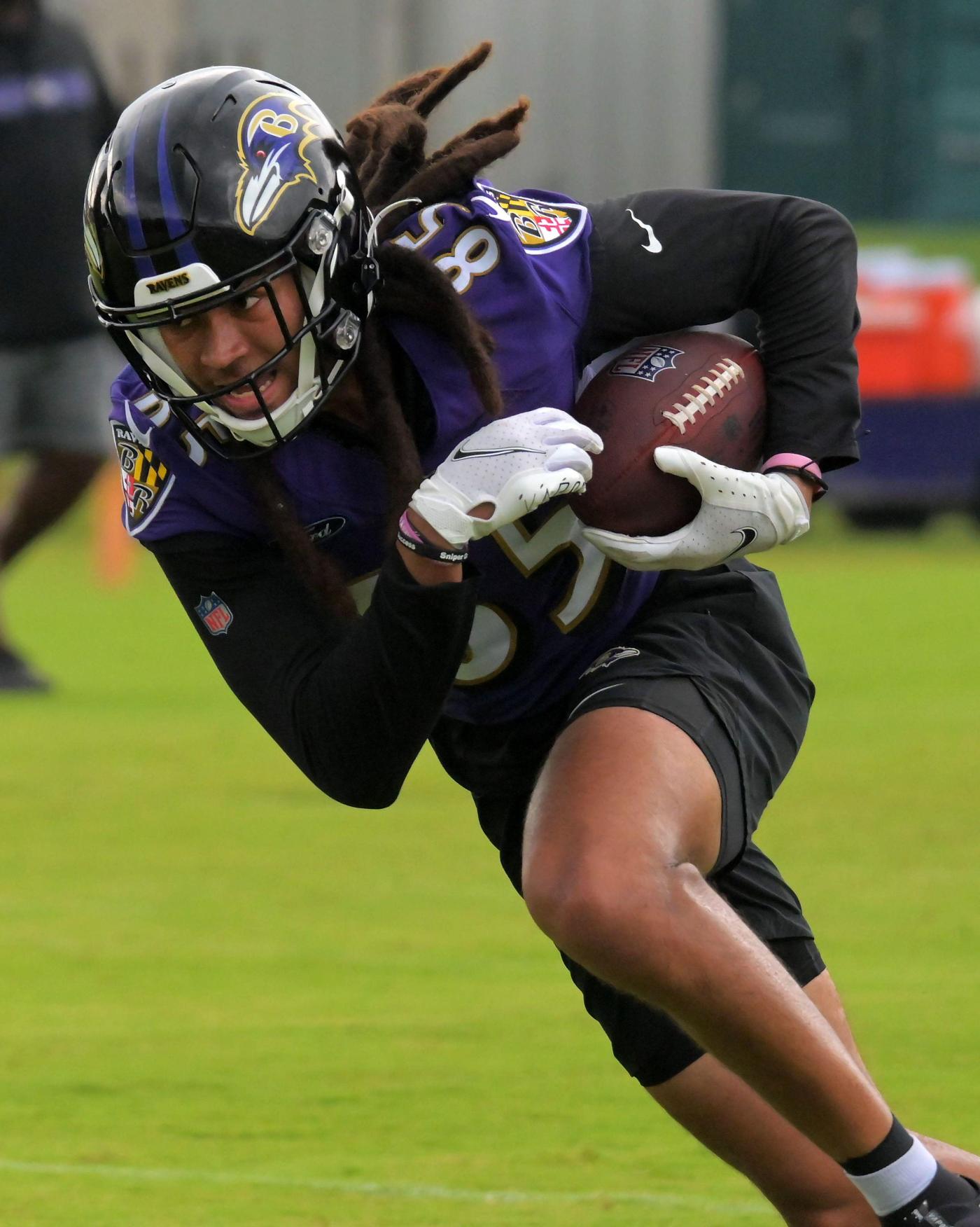 Undraft wide receiver Shemar Bridges created some buzz with an outstanding performance against him on Thursday night Tennessee Titans in Precision OpenerBut it is only a part of his long journey to the NFL.

The 6-foot-4, 207-pound rookie out of Division II Fort Valley State finished with four catches for 62 yards, including a 38-yard catch and a 14-yard touchdown grab.

In the end, the Ravens had a receiver who could make an acrobatic catch and No Falls when he catches a pass over the middle, or bolts for the edge.

But Thursday night was just a glimpse of Bridges’ potential. He’s basically still a raw talent.

“He’s a good young prospect who really shines,” said Ravens offensive coordinator Greg Roman. “All those young people, they’re working on those different tools every day, and I think he’s a very hard worker. Everyone has room for improvement, but I’m really happy with where he is and What has he shown so far?

“But he’s right at the beginning of his journey, so there’s a lot of work to be done, and a lot of experience to be had. But he’s doing a good job.”

Those words may be disappointing to some young players, but not to Bridges. Despite his speed, big frame, strong hands and leaping ability, he needs to improve his route running and hand placement. He is very outstretched when catching the ball and his hands are far away from his body.

Bridges, however, prefers the challenge. He attended The Potter House High School, a small Christian academy in Jacksonville not known for dropping out college football players. He eventually went to the University of Tusculum in Tennessee before transferring to Fort Valley State, a historically black university in Georgia.

Bridges, 24, appeared in only 16 games at Fort Valley State as his season was cut short by coronavirus concerns and injuries, but he still had 98 career receptions for 1,358 yards and seven touchdowns.

That wasn’t enough to invite him to the annual NFL Scouting Combine, but it was enough for the Ravens to offer him a tryout at training camp—some teams only offered him a brief appearance at a minicamp.

“I came in as a late bloomer from high school and once I got to Fort Valley, we had COVID issues, so I thought it would be better for me to wait and take another year,” Bridges said. “It took me a little longer to get here but I am very happy to be here. I appreciate everything I went through because it made me stronger.

“Some ups and downs, some rough roads, but God bless me to be here. I give all the glory to my Lord and Savior Jesus Christ that I am here. I’m just thankful to Ravens for giving me a chance. I’m trying to make the most of it.”

Bridges’ successes in training camp have outweighed her failures. Like most young players, there is a constant battle between fatigue and focus, and he has missed a few passes. He should also be comfortable getting in and out of the brakes.

That “big-body” of the bridge is likely to be wide. He uses his body like a power forward or former Ravens receiver Ackwan Boldin. You get the position and keep the ball away from the defenders.

Then there’s the vertical jump, which is harder than most people realize. It’s not just about positioning but timing the jump and finger strength to bring it down. This could be a luxury for the Ravens, whose starting receivers average about 6 feet tall.

Every quarterback likes a big receiver in the red zone. In college, Bridges only had one coach. In Baltimore, they have two positional coaches at wide receivers coach T. Martin and team near game specialist highly animated Keith Williams. Both have accelerated the development of the bridge.

“They treat you like regular people. They may attack you across the room, but you can sit with them, laugh and joke,” Bridges said. “They are very personal.

“I think I’m a big receiver who can play big. But at the same time, I feel like I’m learning how to run routes and being able to be flexible and versatile with my size, catching people.” And get people out.”

The key to Bridge making the final roster may come down to them playing in special teams. If he is a second or third team receiver, he should be able to contribute in some other way like former Ravens receiver Miles Boykin, who was a gunner on the punt team. The Ravens are leaving Bridge an option.

“It is like all youth; “He has to come out of here, and he just has to compete,” said special teams coach Chris Horton. “Shemar, he’s done a good job, and we have to find ways to get him in the right position and let him play. But he’ll get a chance to show off his skills.” [as a gunner], He just has to keep working.”

Oh he will. Bridge knows no other way. If he makes the initial 53-man roster, his journey will be almost over.

“I just have to keep grinding and keep working,” he said. “And, be polite.”