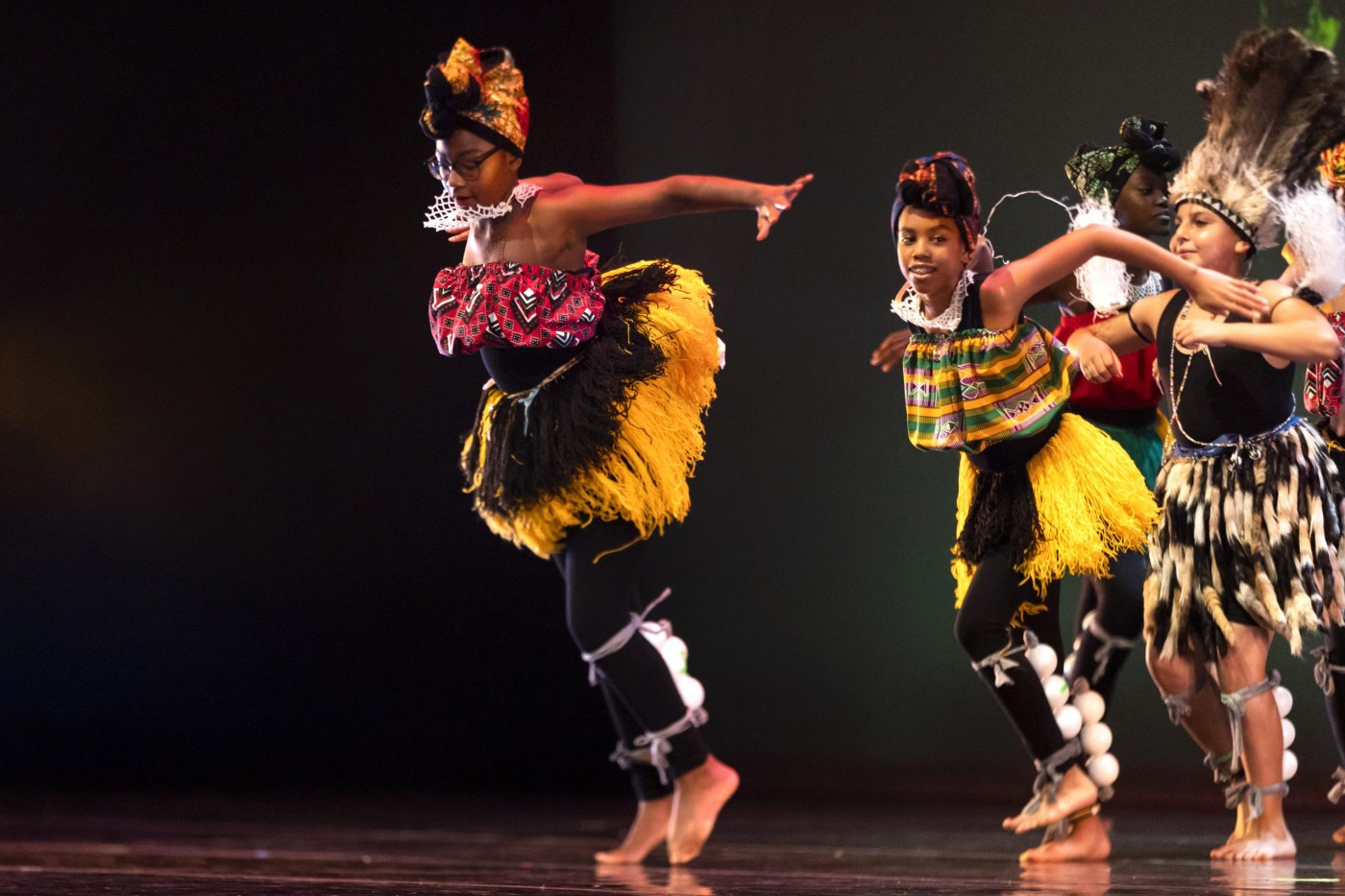 BERKLEY – Arms swaying from behind, dozens of young dancers in matching outfits warm up on stage in the final rehearsal before Showtime.

“Shoulder, elbow, cha-cha-cha,” they chant to the audience scattered between the seats of the cavernous theatre.

“Up, up, up… down, down, down,” says instructor Vincent Chavez, guiding his class as he extends his arms to the ceiling and then directly in front of him, fingers intertwined.

Four dozen young people are returning to school to say what they did this summer after attending a dance camp on the UC Berkeley campus.

And they may not only be talking about the moves they’ve learned, like jets in ballet or step ball changes of jazz; The Berkeley/Oakland Allicamp – conceived in 1989 by New York City choreographer Alvin Ailey – also teaches middle-schoolers lessons designed to prepare them for success in all aspects of their lives.

Camp director Patricia West said, “The mission is to use dance as a vehicle for self-expression … but at the same time … you are also learning professional and personal life skills.”

“The program gives opportunities to youth … to figure out how to be” [their] personal best.”

Held at Zellerbach Hall on the UC campus, the camp is open to children ages 11 to 14 in the Oakland, Berkeley, Richmond, and Albany integrated school districts at no cost.

For six weeks, youths take four classes a day, rotating through sessions in jazz and ballet as well as African and modern dance.

When they are not challenging themselves physically, they engage in activities aimed at developing the whole person. Courses include art projects, writing assignments, role-playing and group discussions, as well as daily affirmation lessons to help campers fully understand and accept themselves and communicate effectively.

This personal development component covers a wide range of topics, from recognizing the difference between healthy and toxic relationships to being true to oneself under peer pressure. Young people also learn how to set goals, manage stress and resolve conflict, as well as understand that their decisions can have far-reaching implications.

The camp is overseen by Cal Performance, a university performing arts presenter that hosts performances by world-renowned singers, stage actors, and dancers.

Among regular visitors to Cal Performances is the Alvin Ailey American Dance Theater, which has entertained Bay Area audiences for the past 53 years with week-long performances on campus for everyone except one.

And since 2002, the New York City Dance Company has collaborated with Cal Performance to organize the Berkeley/Oakland Allicamp, one of nine such youth summer camps in the United States.

Cal Performance not only gives each camper a full scholarship, but also provides Oakland students with free round-trip bus transportation to campus, as well as breakfast and lunch for all. In addition, each student receives ballet slippers, T-shirts, sweatshirts, shorts, unitards and backpacks.

With the practice over, the youth put on their costumes and arrange themselves in a triangular shape on the stage.

No one needs to be reminded that when the curtain rises the next night, they will be performing 90 minutes in front of hundreds of friends and family.

Loud drumming suddenly fills the theater and as the lights come on, the dancers’ outstretched arms jerk together in staccato rhythm, their black dress a dramatic contrast to the bright red background.

Isabel Thumas, a seventh grader from Berkeley, was not happy when she learned that her mother had signed up for camp without telling her.

Isabelle said, “Honestly, I was really hesitant to go, although no stranger to dance classes, but disliked the idea of ​​mingling with kids she didn’t know.

Isabel said she was self-conscious about wearing a unitard.

But six weeks later, the 12-year-old had made peace with her figure after seeing the array of different shapes and sizes in the classroom, and there was a new note of confidence in her voice.

“I would say it’s better than most camps,” Isabel said. “It doesn’t matter how you look – whether you’re skinny or big. We’re all equal because we’re human.”

Rowen gives high marks for teaching the “life stuff” to the Virmantry camp.

Oakland, 13, practices expressing herself through abstract art projects and writing poetry, which she read during weekly open-mic sessions.

As far as dance is concerned, Rowen says her body is more flexible now, and she has decided that ballet is her preferred form of expression, despite the emphasis on precision.

“I think a lot of people hate ballet because it’s so strict, but Mr. [Vincent] Chavez teaches it in such an independent way,” he said.

To learn more about the Berkeley/Oakland Ailey Camp or to donate, visit https://calperformances.org/community/aileycamp.