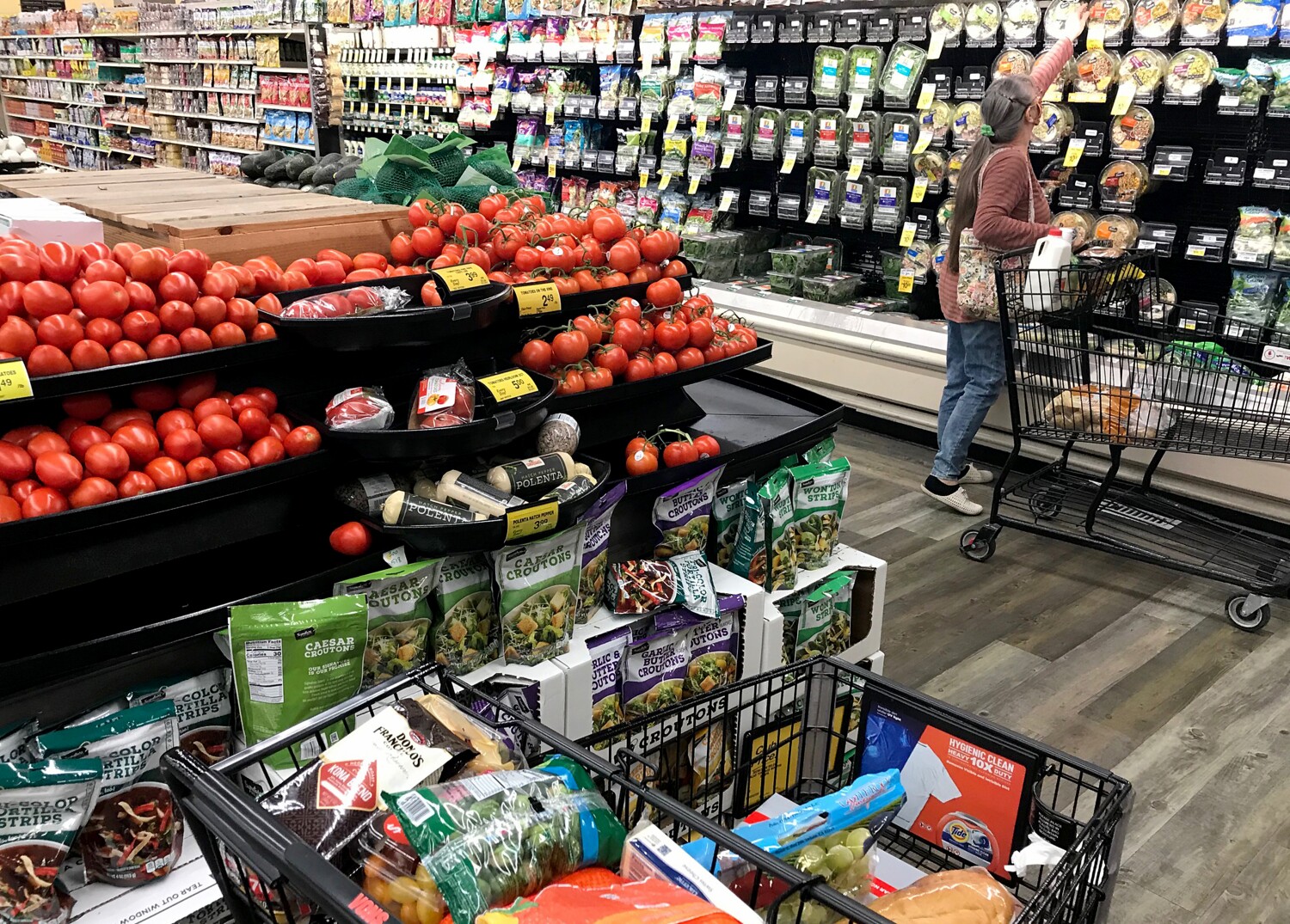 California is expected to be the first state to provide food benefits to illegal immigrants living in the US under a state budget plan revealed this week.

The unique policy fills the protection gap, as immigrants living in the US without legal status are not eligible for federal benefits such as food stamps.

But the new program only benefits Californians over the age of 55, defying pleas by anti-poverty advocates to include eligible immigrants of all ages.

“All Californians, regardless of their age or where they were born, should have access to basic necessities like food and a fair, stable wage. Yet unnecessary barriers keep thousands of our neighbors and families out of vital, life-saving services. continues,” said Sarah Darr, a policy director at the California Immigrant Policy Center.

Gavin Newsom and lawmakers include $35.2 million to expand the state’s food assistance program to age-eligible residents “regardless of immigration status.” Funding for the new program is set to increase to $113.4 million annually in 2025–26.

Some legally residing immigrants are also excluded from federal food benefits, although California has provided state-funded aid for that group for a total of 35,000 people for decades.

The latest state budget expands the California Food Assistance Program to include immigrants over the age of 55, regardless of their immigration status. The new policy is estimated to benefit an additional 75,000 Californians each year, according to A report from the Legislative Analyst’s Office.

Advocates across the state have praised Newsom and Democratic lawmakers for moving to lead nationally in calling for more aid for immigrants living in the US illegally, but they question the age cut. .

According to a report Released in April by Nourish California, a human rights and food access organization, nearly half of Californians without legal immigration status struggle with food insecurity, and most of them are adults aged 27 to 49.

“We are absolutely grateful, but we know the need is greater, and many more immigrant Californians are in need of food assistance, especially right now,” Betzabel Estudillo, a senior advocate at Nourish California, said of inflation and gas. Pointing to rising prices, he said. “When you’re dining out with your family, everyone should have access to food.”

Newsom’s Department of Finance spokesman HD Palmer said in a statement Tuesday that targeting people age 55 and older “maximizes the state’s investment impact” and is part of California’s master plan on aging. The move is similar to other successive age-based policies led by Newsom, including: Expanding Medi-Cal Coverage For income-eligible Californians, regardless of their immigration status.

Donna Yarat-Rodriguez qualified for programs like CalFresh because she was born in the US, but her mother, who immigrated illegally from Guadalajara, Mexico, was not.

“There were days when my little sister and I went to school on an empty stomach because we had to ratio the amount of food we could buy,” she said. “We’ll resort to having one meal a day instead of eating three.”

Her mother remains ineligible for the new food benefits program as she turns 43.

He said, “It’s definitely disappointing to think that my mom was the kind of person who is still excluded, which is why I think there’s a huge need to expand this to people of all ages.” ,” He said.