update with Broadway league reaction In a letter sent to members of the Actors Equity Association and obtained by Deadline, the union says that Broadway Leaguedecide to do Adopt a “Mask Optional” Policy Starting in July, the union was made “unilaterally, without input” from members of the audience.

In a response provided to Deadline, the league says the mask optional announcement is “in line with our fully negotiated safety protocols.” (See full statement below.)

league, the trade organization that represents Theater Owners and producers said on Tuesday that audiences in theaters in July will be encouraged to wear masks but not mandatory. The policy, which will be reevaluated on a monthly basis, ends Broadway’s audience mask mandate that has been in place since theaters reopened. covid Last fall closed.

Although Equity, which represents actors and stage managers at the theatre, did not publicly respond to the league’s announcement, a letter sent to its members on Wednesday indicated that the unions were given “only a few hours advance notice”. was given. [League’s] Declaration,” and inputs from the union were not sought by the producers and owners in setting the mask alternative policy.

In response, Broadway League President Charlotte St. Martin said in a statement to Deadline, “Since the pandemic began, the league has been working closely with our union partners and our relevant health and safety experts to ensure That we are providing the best protocols for safety for our cast, crew and spectators. These existing protocols reflect the agreements we have with our bargaining partners, including an agreement that we have to allow our audiences in our theaters Wearing of masks is not required. The announced decision regarding audience masking is, accordingly, fully in line with our fully negotiated safety protocols. We have to collaborate with our unions to create our industry-leading health and safety protocols Proud of the work done.”

In the letter of equity, the union tells members that the union has consulted with its public health and medical advisors, and those advisors “assured us that the best COVID-19 mitigation efforts available today for theatrical workplaces are focused on ventilation.” “

“We continue to negotiate with the league around ventilation standards in rehearsal venues and theaters – including on stage and backstage areas,” the letter said, reminding members that the league’s decision on spectator masks is mandatory. “DBackstage does not alter existing protocols for members.” 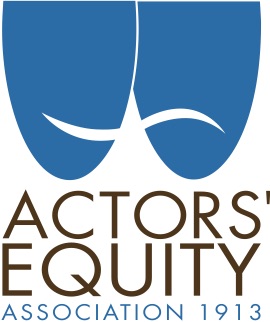 The letter also includes a statement from the union’s chief public health adviser, Dr. Mark Cunningham-Hill, who notes that “with more and more theaters dropping masking requirements for audiences, Equity is working hard to increase ventilation in all of your workplaces.” working hard.”

“Ventilation,” continues Cunningham-Hill, “is critical in reducing the risks from airborne illnesses such as COVID by filtering, diluting, and even killing viruses that spread through the air. Do not invest in ventilation. Not only will help keep everyone safe during this pandemic, but will also help protect against influenza and other airborne diseases now and in the future.”

The letter ends with the union asking members to “share with us their thoughts on the end of audience masking rules and your safety at work”.

Here is the full letter:

By now you’ve definitely heard that the Broadway League is moving toward a “mask optional” policy for spectators at Broadway shows for the month of July. This decision was made unilaterally, without input from your union or anyone else, and the unions were given advance notice only a few hours before the announcement.

During the pandemic, Equity’s security protocols have focused on on-stage and backstage situations where our public health and medical advisors see the most opportunity to improve the safety of stage managers and actors. Consulting with them today, they assure us that the best COVID-19 mitigation efforts available today for theatrical workplaces are focused on ventilation.

Here’s what Dr. Mark Cunningham-Hill had to say:

“We are expected to be passing through the worst of the pandemic but there is still a risk from SARS-CoV-2 that may continue for some time. So with more and more theaters dropping masking requirements for spectators, Equity is working hard to increase ventilation in all of your workplaces. Ventilation is important in reducing the risk of air-borne diseases such as COVID by filtering, diluting, and even killing airborne viruses. Investing in ventilation will not only help keep everyone safe during this pandemic, but will also help protect against influenza and other airborne diseases now and in the future.”

The league’s decision on the audience mask mandate does not change existing protocol for backstage members. We continue to negotiate with the league around ventilation standards in rehearsal venues and theaters – including the backstage and backstage areas. Adding your voice to the safety conversation sends a powerful message to your employers that they should take this seriously and act now.

With that in mind, we’d like to ask you to share with us your thoughts about the end of masked spectator rules and your safety at work. Please complete this short survey to share your opinion with the union.

Every voice member sends a message – when you all speak together, your employers can’t ignore you.