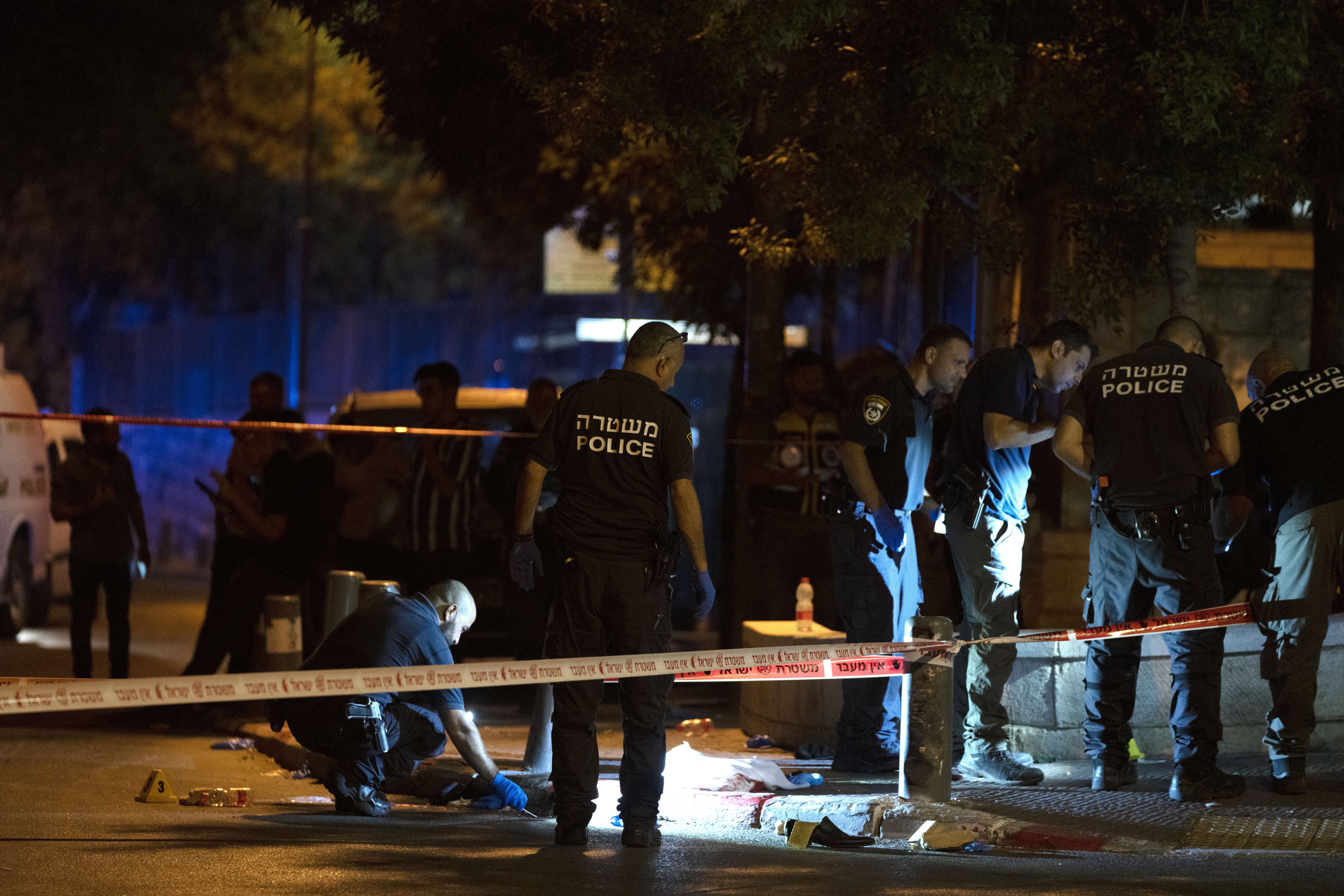 JERUSALEM – A gunman opened fire on a bus near Jerusalem’s Old City early Sunday, wounding eight Israelis in a suspected Palestinian attack, a week after violence broke out between Israel and militants in Gaza, Police and medics said.

Two of the victims were in critical condition, including a pregnant woman with abdominal injuries and a man with gunshot wounds to the head and neck, according to Israeli hospitals they were treated for.

The shooting happened while the bus was waiting in a parking lot near the Western Wall, where Jews can pray.

Israeli police said a force had been sent to the scene to investigate. Israeli security forces also infiltrated into the Palestinian territory near Silvan, chasing the suspected attacker.

Later on Sunday, police said the suspected assailant turned himself in. Police did not immediately disclose details about the identity of the suspected attacker.

Israel and Palestinians have a tense week after the attack in Jerusalem Gaza and West Bank.

Late last week, Israeli planes launched an offensive in the Gaza Strip targeting the militant group Islamic Jihad and launching three days of fierce cross-border fighting. Islamic Jihad fired hundreds of rockets during the flare-up to avenge the airstrikes, which killed two of his commanders and other extremists. Israel said the attack was aimed at thwarting the group’s threat to respond arrest One of its officers in the occupied West Bank.

Forty-nine Palestinians, including 17 children and 14 militants, were killed, and several hundred wounded, which ended in fighting. ceasefire in Egypt brokerage, No Israeli was killed or seriously injured.

Hamas, the Islamic terrorist group that controls Gaza, remained on the sidelines.

A day after the ceasefire halted Gaza’s worst phase in more than a year, Israeli troops three Palestinians killed Militants and dozens were injured in a shootout during an arrest raid in the West Bank city of Nablus.